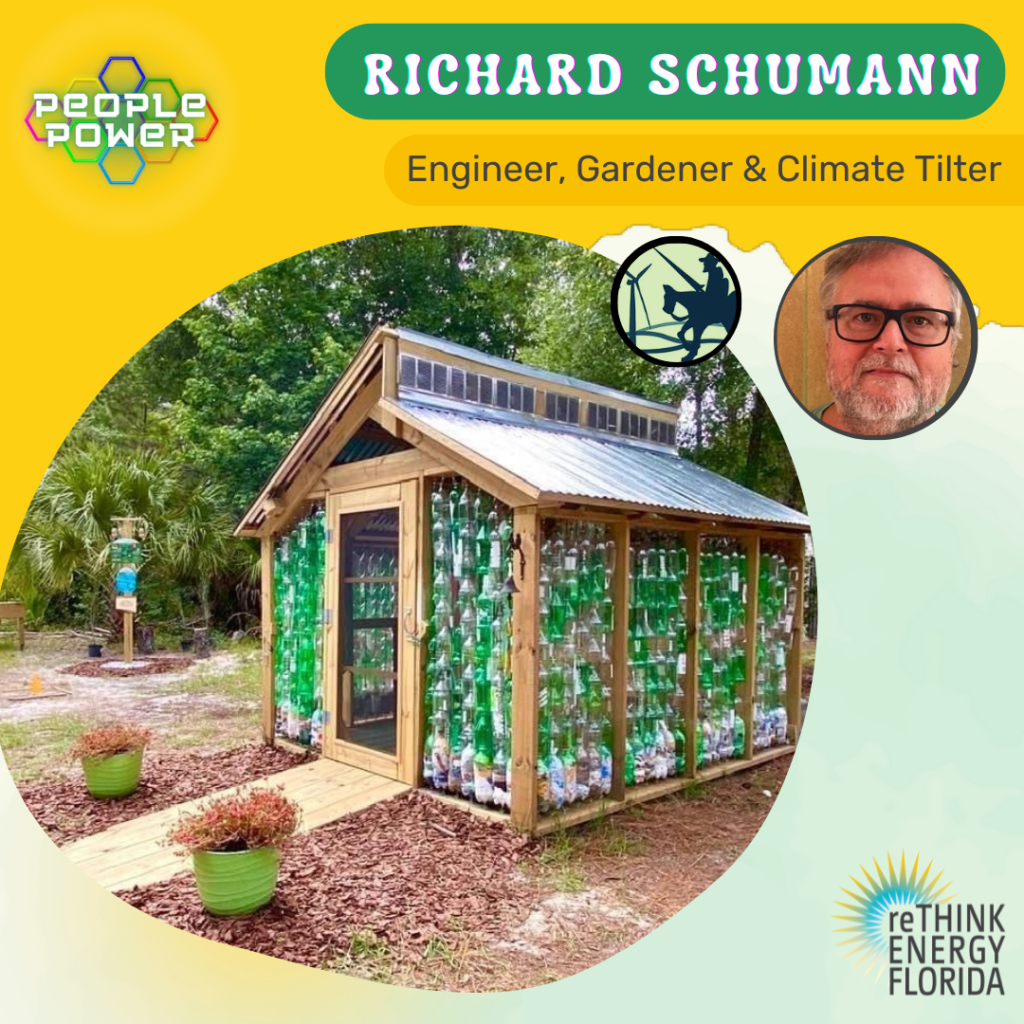 “Though ye flourish more arms than the giant Briareus, ye have to reckon with me!” So said the legendary Don Quixote as he charged at windmills on his horse, in his madness believing them to be giants terrorizing the nearby town.  The fictional Don Quixote, delusional from reading too many romance novels, embarks on a knight-worthy adventure, enduring many humiliations and much ridicule.  The phrase “Tilting (jousting on a horse) at Windmills” became synonymous with attacking an imaginary foe.

Rick Schumann, a.k.a “The Climate Tilter,” sees Don Quixote in a different light.  Don Quixote had a dream, a vision that he pursued, spitting in the face of adversity and ridicule.  As a child, Rick searched for ways to fix things.  When he saw the Broadway Play, Man of La Mancha, he admired Don Quixote’s bravery and stamina in the face of adversity and overwhelming odds and branded himself Climate Tilter.  True, Don Quixote was just one man, but he possessed the determination to conquer the world.  And as for the windmills? Now, in The Climate Tilter’s joust against climate change, the windmills have become his friend.

With a degree in Geological engineering and work experience with meteorology, he was aware of climate change but did not pay it much due until an ad on Facebook caught his eye.  It was for the Climate Reality Project, a non-profit founded by Vice President Al Gore to raise awareness about the climate crisis.  Rick applied for the training although he had little hope of getting accepted.  To his astonishment, he was accepted into the August 2020 training and has since evolved into a dedicated member of the Climate Reality Project: Central Florida Chapter, as a frequent presenter and mentor of budding Climate Reality Leaders.

His advocacy is inspired by a simple concept: “Everyday people can be part of the solution.” As a volunteer with the Master Gardener program at UF, Rick has been a witness to the difference ordinary people can make.  Through the office’s collaborations with a non-profit called Seeds of Inclusion, he’s had the opportunity to both learn from and educate people with differing abilities.  For example, Leos Limas Grower’s Club is led and taught by teens with sight and/or learning impairments.

Last winter, the founder of Seeds of Inclusion approached Rick with a challenge: build a greenhouse out of recycled plastic bottles.  After many hours toiled with love and effort, Seeds of Inclusion, with help from UF’s Extension Master Gardeners, gifted a local summer camp for adults with severe learning disabilities the working greenhouse in June.  The greenhouse has added another dimension to the lesson, allowing campers to explore the art of gardening, climate science, and energy conservation in a hands-on setting.  For his part, Rick expressed gratitude and satisfaction with the finished greenhouse and was emphatic that it couldn’t have been completed alone.  “I had help from a number of volunteers out there helping with the construction, collecting the bottles, and contributing money for the lumber, so it wasn’t something I did on my own.”

While the team takes a well-needed Sabbath from their adventurous pursuits, the greenhouse will be used year-round for projects like Leos Lima Bean Growing Club where teens with differing abilities teach Master Gardeners how to grow lima beans.   Rick is actively searching for funding to document the design of the greenhouse to help schools and historically underserved communities known as “food deserts” become more self-reliant by building their own recycled soda bottle greenhouse.

Learn more about Rick’s sparring and gain inspiration for your own at his website ClimateTilter.org.

Do you know someone who should be featured in ReThink’s People Power? Email communications@rethinkenergyflorida.org and tell us about them. 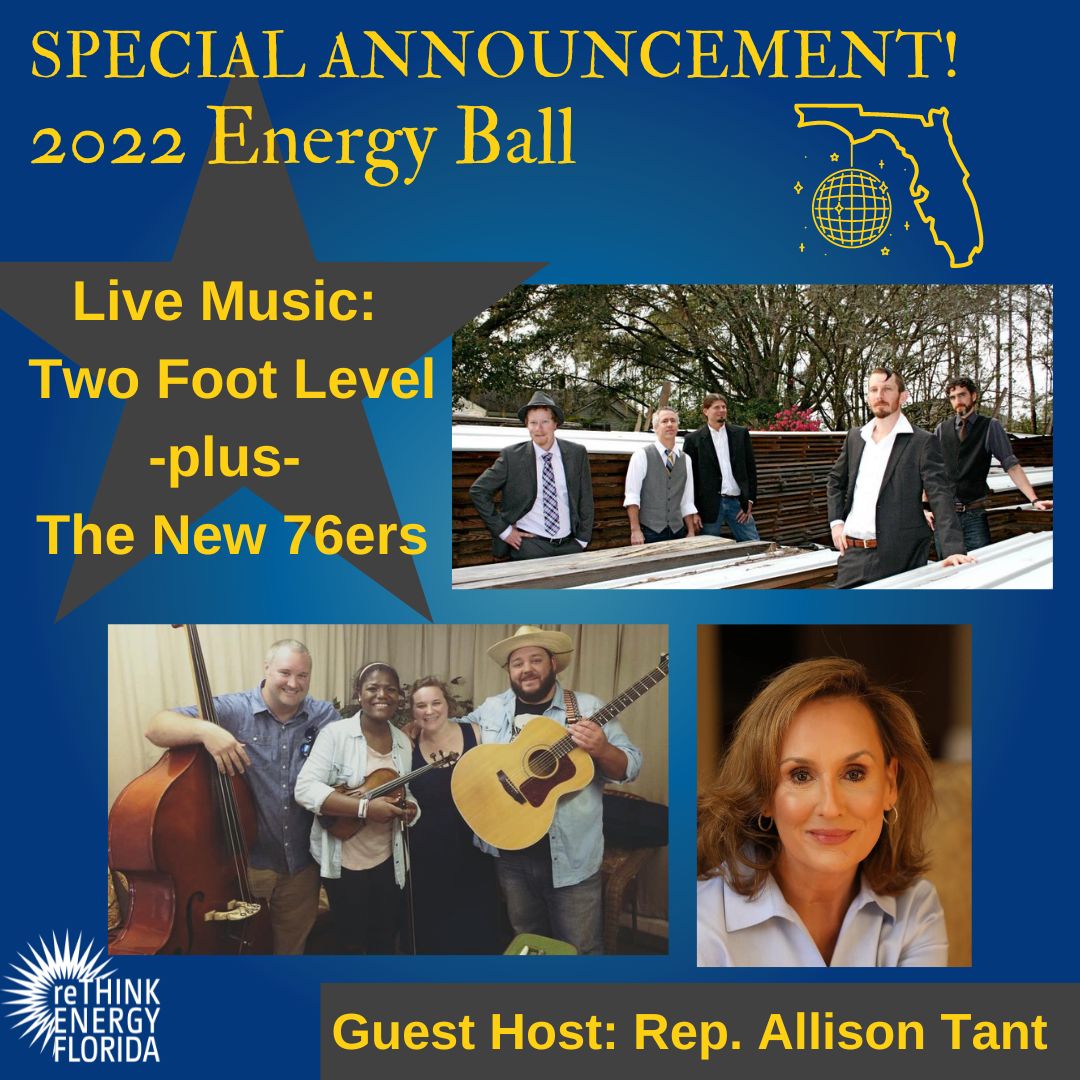 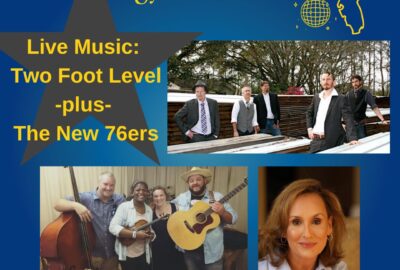 We are thrilled to announce that friend of ReThink and Florida Representative Allison Tant will be the Guest Host of the 2022 Energy Ball. Also,…

he film shares stories of leaders from the People vs. Fossil Fuels coalition and the fossil fuel resistance movement who are fighting to protect communities, water, and public health.

Friends of ReThink Energy Florida is a program to provide both financial and volunteer support to sustain our efforts. This program is a unique way…