The cafeteria at Buck Lake Elementary School buzzed with excitement early on a rainy Saturday morning as teams of elementary and middle school kids huddled around model solar cars they made with their teams to race in the Energy Whiz Expo competition. Adults were on hand to give advice but the kids were clearly in charge as they adjusted small plastic wheels, hooked up wires, and added final decorations. They were almost ready to race.

Along one side of the cafeteria, an orange plastic track was set up with two wires to give the cars power that they would have received from the sun if it wasn’t raining. It was a tough blow to everyone who wanted to see solar in action, but getting juice from batteries was a good lesson in having a backup when the sun isn’t shining. The announcer came over the microphone and said “It is almost race time!” The excitement in the room grew as last minute tweaks were made and then the teams moved over to the track to wait their turn and watch the competition.

After a few practice rounds and final tweaks, two teams gathered at the starting line and connected their cars to the wires, giving them battery power. The announcer spoke cheerfully into the microphone as she said, “Team Lord of the Rings, are you ready? Team Ocean Odyssey, I know you’re ready. Ready, Set, Go!”

The cafeteria came alive as the model cars with solar panels strapped to their backs buzzed down the track, some surprisingly fast and others just putting along. Kids ran alongside the track to follow their cars, and parents and onlookers cheered each time a car crossed the finish line. The times were logged and then teams huddled back at their tables, talking excitedly about their first run. There would be one more chance to race and then the times would be averaged to find the winners.

Two student groups competed in the Solar Oven Cook Off, and displayed their ovens they created out of boxes covered in foil, plexiglass, and mirrors. The elementary school students answered questions about how their ovens worked and then waited nervously as the judges looked over each project and jotted down notes on their score cards. The lack of sun meant their recipes wouldn’t actually cook, but the judges tasted their dishes anyway — cold chips and cheese and disassembled s’mores — so they could provide a score for the projects. The students seemed relieved once the judging was over and went back to watching the races.

Throughout the day, volunteers ranging in ages from college students to grandparents joined in to make the event buzz along, and the “Fix It” table where teams could get extra help with their equipment was a popular place. WFSU News Director, Tom Flanigan, braved the rain to get some footage for a story, and interviewed our Associate Communications Director, Veronica Carver, who gave a great interview on the fly. We heard that as Tom was leaving he even helped carry in some pizzas! Yvonne Brownlie, an active member of the Creation Care team at Saint Paul’s UMC, made her way in the rain with the help of her walker. Her role included documenting the times of each race and she was stationed at the end of the track so she could see all the action. A volunteer who brightened up the room was Amie Goldman, a 21 year old FSU Psychology major at FSU, as she danced her way around the cafeteria in a yellow sun costume.

After the races were over, the teams all gathered around the stage to listen for their names as Kim Ross, ReThink Energy Florida’s Executive Director, announced the winners and gave out the coveted medals, trophies, and invitations to the state competition. There were lots of cheers as the students smiled out into the audience from the stage, proudly holding their awards. As the Energy Whiz Expo came to a close, the teams gathered one last time to share stories from the day that could be heard around the room.

As ReThink Energy Florida volunteers and staff got to work rolling up the long, orange race track and packing up supplies, we shared our own stories about how inspired we were by the dedication many of the students had shown under pressure, even when their cars struggled to make it down the track. We were all glad to be part of this special event and thought chances were high that some of the students would go on to become scientists, and maybe even help solve the climate crisis someday.

Share Post
Previous
Energy Whiz in the News!
Next
ReThink SEED Leaders Learn How to Bring Solar into Vulnerable Communities 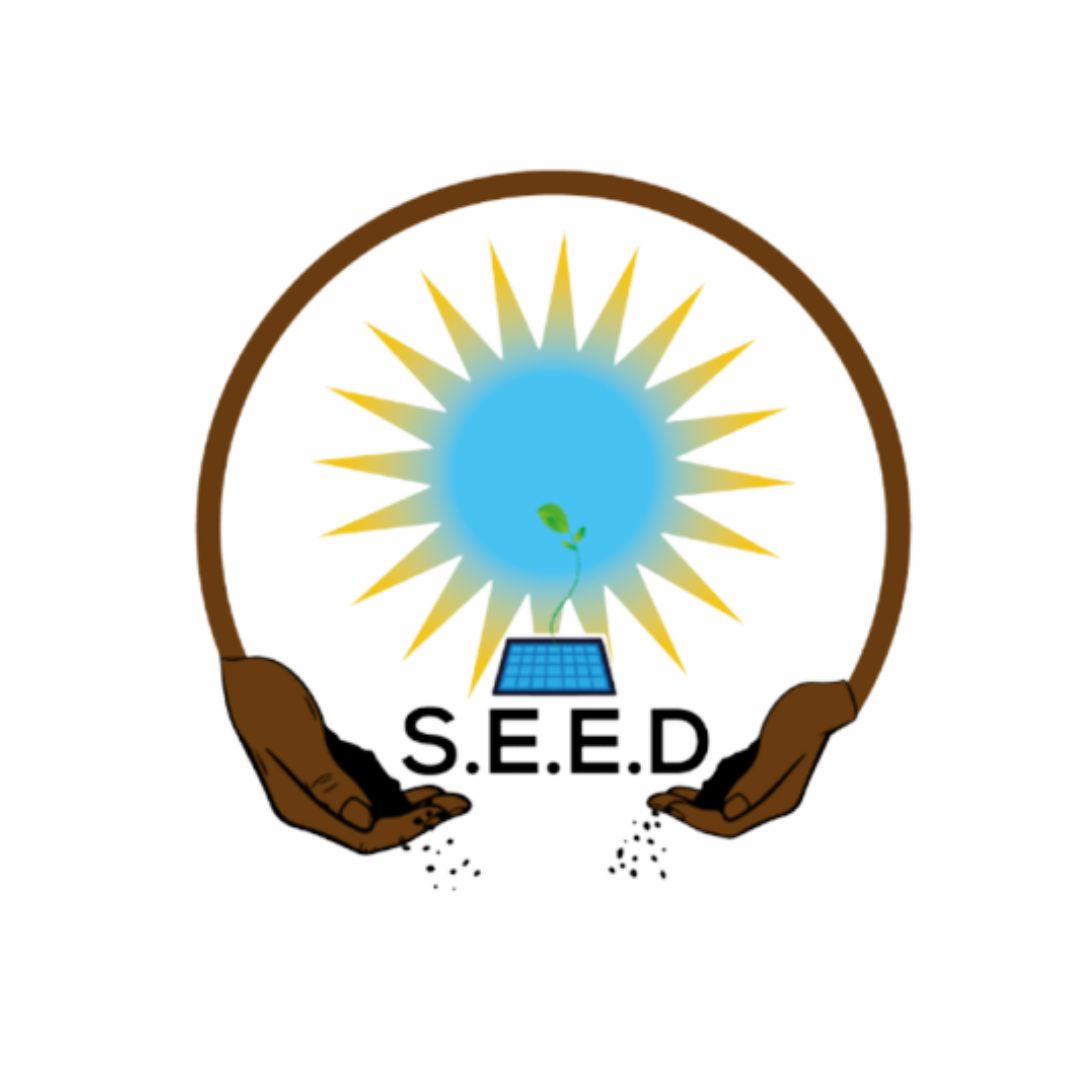 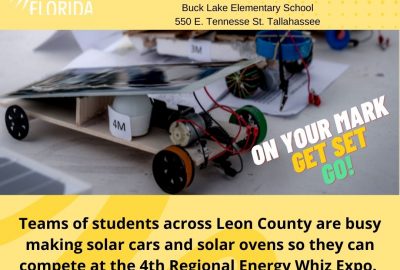