We are facing a climate crisis, unlike anything the world has ever seen. Florida is one of the most vulnerable states to the effects of the climate crisis. We must do more to protect it.

The entire state is facing environmental disasters with more frequency, intensity, and severity. Red Tides stretch up and down the East and West coasts of Florida, forcing residents to stay inside to avoid respiratory illness. Hurricanes like Irma and Michael, have increased in intensity, wrecking the panhandle, flattening forests, and eroding our coastlines. Sea level rise jeopardizes the totality of our coastal communities and cities, even infecting our freshwater supply with saltwater intrusion.

These are not problems that can be solved without first acknowledging how climate change influences these disasters and implementing proven tactics to slow down the rate of climate change. For years, our Florida Lawmakers have refused to take action on any of these issues, pushing them off as some distant problem for the future to deal with. Yet climate change is no longer a problem to be dealt with twenty years down the line. It is real. It is a crisis. And it is happening right before our very eyes.

The time for action is NOW!

Greenhouse gases such as carbon dioxide and methane are excellent at retaining heat and remain in the atmosphere for up to 1,000 years. The greenhouse gases in our atmosphere are driving up the average global temperature dramatically. These greenhouse gasses are caused by the burning of fossil fuels such as oil, natural gas, and coal. The Intergovernmental Panel on Climate Change (IPCC) predicts that we are on track to reach an average of 1.5 degrees Celsius increase as soon as 2030 if we do not transition to clean renewable energy and stop burning dirty fossil fuels. Florida is uniquely suited to produce renewable energy because we are the “Sunshine State”. Florida ranks second in the nation for solar employment and has enormous potential for solar expansion and job growth. We could stimulate the state’s economy by becoming a producer of solar and wind energy.

That is the basis for ReThink Energy Florida’s Heading to 100%, which is working with local governments to move to 100% renewable energy. 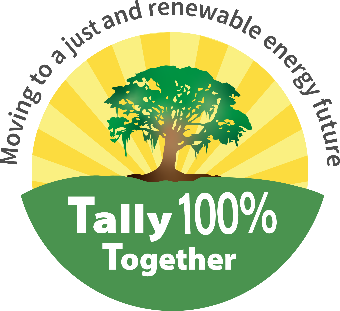